With an iPhone 6, everybody's Uri Geller

Well, we all know that buying Apple gives you the coolness and exclusivity of being a member of the select few who own the most popular phone in America. Apple has decided that it isn't enough. Now buying the latest Apple phone gives you psychic abilities.
Yes you will be able to bend your now phone like a spoon. Since there is nothing wrong with the phone, the only explanation left is that you have psychic abilities.

If the iPhone 6 bends, it could be just you

How is it that we are all upset about phones bending in pockets? Isn't this what we've been working for? No more annoying bulges in pants pockets. "Is that the new iPhone6 or are you just happy to see me?" Is it a worthy enough a fiasco, enough to add the '-gate' behind it, becoming Bendgate. Or is it just a feature that was never intended for general release?
Bendy phones, now that is a concept. More of a blast from the past. The last time phones were this curvy was the Nokia 8110. Remember that? The one Keanu Reeves was holding in the movies.

It's been a long time since the Nokia 8110. No, the Huawei concept phone doesn't count because it's not a 'real' phone. We don't count concept cars, do we? And the Nokia 7110 doesn't count either. Nobody wants to remember that train wreck.
No, really. I don't get it. Why is there all this fuss? The phone bends because you sat with it in your pocket. At what point did you not feel the phone poking against you as you sat down. At same point you decided to ignore it as an inconvenience and get on with the business of sitting down. When you made that decision, unconsciously or not, you have passed the point of responsibility. That is, you have decided to sit down with your phone in your pants, heaven be damned.
Your next visit may not be heaven but it'll most likely be the Apple Store.

Lessons from the MTGOX fiasco

As we've all heard, MTGOX has gone under. Now I'm sure we've all heard this because it's all over the mainstream news. It's everywhere. It's a scandal. Ergo, it's newsworthy and deserves to be reported on. They don't understand what is it they're reporting on but they said it anyway. Which questions the quality of news you actually get from mainstream news..
But back to MTGOX. Some say it's a tragedy, some say it was timebomb that finally went off. All we can do is learn from it. And here are the top 5 things to learn from the demise of MTGOX.

The OneDrive to Rule Them All

Apparently Microsoft's way of using daily, household, common names as the names of their products is not working out so well. The Tile interface got smashed. The Phone (or as we call them Windows Phone) is the bronze winner in the mobile OS race (yea!). And so on. At one time Microsoft even tried to call a product DNS which upset a lot of people, like the entire Internet. Microsoft Bob didn't work out for them either but for entirely different reasons.
Now it comes out that Microsoft is renaming SkyDrive. Apparently someone has already been using the brand name Sky. Some satellite TV company that was apparently so small that Microsoft honestly didn't noticed them. Until of course, they sued. Apparently said company is owned by one Rupert Murdoch.
So now Microsoft has decided to rebrand SkyDrive as the OneDrive... cue "the OneDrive to rule them all"

Bill Gates returns to save Microsoft.. and

... and finds out why Microsoft is in such big do do. If installing Windows 8.1 takes the arguably most qualified men in the world to do so (Bill Gates and Sayta Nadella) hours.. there is no hope for us all.
Perhaps it needs the people behind Windows 8.1 to feel the wrath of Bill Gates to finally get things right.

I'm sorry it had to be done. I know it's a serious issue but when else can you use that headline?

Amazon will send you things before you order them 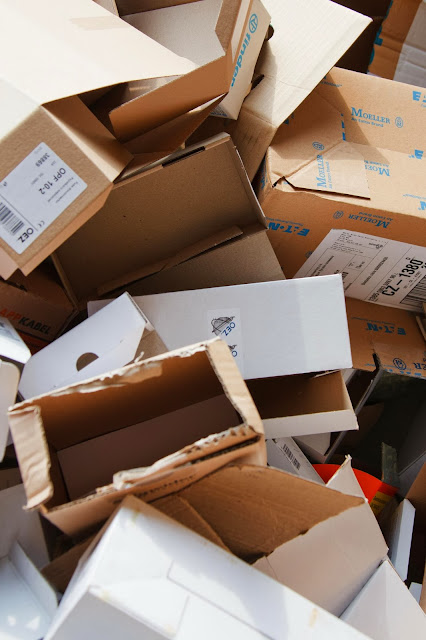 In their non ending quest to be the only place you buy stuff from, Amazon is always looking to improve the time it takes for you to get the stuff you ordered. That is why they have boxes set up for you to receive stuff from them and in some places they are toying with the idea of 4-hour deliveries. That's why they are planning to drone your stuff to you.
Well, in the next logical step in the race to get stuff to you faster, Amazon has decided to skip you altogether. Your order, that is. Amazon has decided that one day, it'll just ship stuff to you before you order them. Amazon will just know what you need and ship it to you. Women, be prepared to be creeped out when you get from them the heavy, non-wing, maxi sanitary pads on the day before you start monthly periods. Or a new set of your favorite mascara the day you run out. Men won't be left out. You'll get the bar of soap and fresh undies thrown in with your next order because Amazon knows you're running out. Yes men, Amazon is now your mother.
Now, how will it know what you need is another matter altogether. Amazon hasn't patented mind reading yet so that's some thing to look out for. Knowing Amazon, it'll probably start with looking at your purchase history, what you buy and how often. So it'll know the right shampoo to send and look at how long it took between purchases to figure out when to send it. Then, it'll move on to your social media sites. Soon you'll receive packs of condoms in the mail just because of those risqué messages you're sending out to that special someone. Which should make an interesting discussion with your spouse.

For More Potential Comedy, Translate the post here to another language

Funny thoughts on tech and tech news. In the tried, trusted, true, tired tradition of the late late talk shows monologue.
I will never have a show of my own. This is my half-assed attempt at humor. Send brickbats and DMCA takedown notices to editors at techsplatter.com
Part of the techsplatter content network. Check out the links at the bottom for more.